The ReWork Deep Learning summit in London in September has become one of my must have go to conferences. It’s a great mix of academic talks and more practical sessions regarding applications of various types of Ai in business, so I couldn’t miss it this year either. Here’s a summary of Day 1

END_OF_DOCUMENT_TOKEN_TO_BE_REPLACED

This is part 3 of my summary of ReWork Deep Learning London September 2018. Part 1 can be found here, and part 2 here.

Day 2 of rework started with some fast start up pitches. Due to a meeting at the office I missed all of these and only arrived at the first coffee break. So if you want to check out what 3D Industries, Selerio, DeepZen, Peculium and PipelineAI  are doing check their websites. END_OF_DOCUMENT_TOKEN_TO_BE_REPLACED

This is part 2 of my summary of the Rework Deep Learning Summit that took place in London in September 2018, and covers the afternoon of day 1. Part one, which looks at the morning sessions can be found here. END_OF_DOCUMENT_TOKEN_TO_BE_REPLACED

September is always a busy month in London for AI, but one of the events I always prioritise is ReWork – they manage to pack a lot into two days and I always come away inspired. I was live-tweeting the event, but also made quite a few notes, which I’ve made a bit more verbose below.  This is part one of at least three parts and I’ll add links between the posts as I finish them. END_OF_DOCUMENT_TOKEN_TO_BE_REPLACED

We discussed the current state of AI and whether we needed legislation.  It is clear that legislation will come if we do not self-police how we are using these new tools.  In the wake of the Cambridge Analytica story breaking, I expect that there will be more of a focus on data privacy laws accelerated, but this may bleed into artificial intelligent applications using such data. END_OF_DOCUMENT_TOKEN_TO_BE_REPLACED

In September 2016, the ReWork team organised another deep learning conference in London.  This is the third of their conferences I have attended and each time they continue to be a fantastic cross section of academia, enterprise research and start-ups.  As usual, I took a large amount of notes on both days and I’ll be putting these up as separate posts, this one covers the morning of day 1.  For reference, the notes from previous events can be found here: Boston 2015, Boston 2016.

Day one began with a brief introduction from Neil Lawrence, who has just moved from the University of Sheffield to Amazon research in Cambridge.  Rather strangely, his introduction finished with him introducing himself, which we all found funny.  His talk was titled the “Data Delusion” and started with a brief history of how digital data has exploded.  By 2002, SVM papers dominated NIPs, but there wasn’t the level of data to make these systems work.  There was a great analogy with the steam engine, originally invented by Thomas Newcomen in 1712 for pumping out tin mines, but it was hugely inefficient due to the amount of coal required.  James Watt took the design and improved on it by adding the condenser, which (in combination with efficient coal distribution) led to the industrial revolution1.   Machine learning now needs its “condenser” moment.

END_OF_DOCUMENT_TOKEN_TO_BE_REPLACED

This is a summary of day 2 of ReWork Deep Learning summit 2016 that took place in Boston, May 12-13th.  If you want to read the summary of day 1 then you can read my notes here. END_OF_DOCUMENT_TOKEN_TO_BE_REPLACED 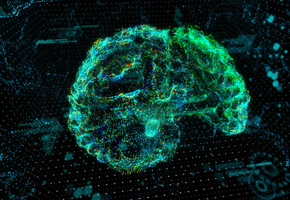 Last year, I blogged about the rework Deep Learning conference in Boston and, being here for the second year in a row, I thought I’d do the same.  Here’s the summary of day 1.

The day started with a great intro from Jana Eggers with a positive message about nurturing this AI baby that is being created rather than the doomsday scenario that is regularly spouted.  We are a collaborative discipline of academia and industry and we can focus on how we use this for good. END_OF_DOCUMENT_TOKEN_TO_BE_REPLACED

At the ReworkDL conference in Boston last month I listened to a fantastic presentation by Ryan Adams of Whetlab on how they’d created a business to add some science to the art of tuning deep learning engines.  I signed up to participate to their closed beta and came back to the UK very excited to use their system once I’d got my architecture in place.  Yesterday they announced that they had signed a deal with Twitter and the beta would be closed.  I was delighted for the team – the business side of me is always happy when a start-up is successful enough to get attention of a big corporate, although I was personally gutted as it means I won’t be able to make use of their software to improve my own project.

This, for me, is a tragedy. END_OF_DOCUMENT_TOKEN_TO_BE_REPLACED

This post is a very high level summary of Day 2 at the Boston ReWork Deep Learning Summit 2015.  Day 1 can be found here.

The first session kicked off with Kevin O’Brian from GreatHorn.  There are 3 major problems facing the infosec community at the moment: