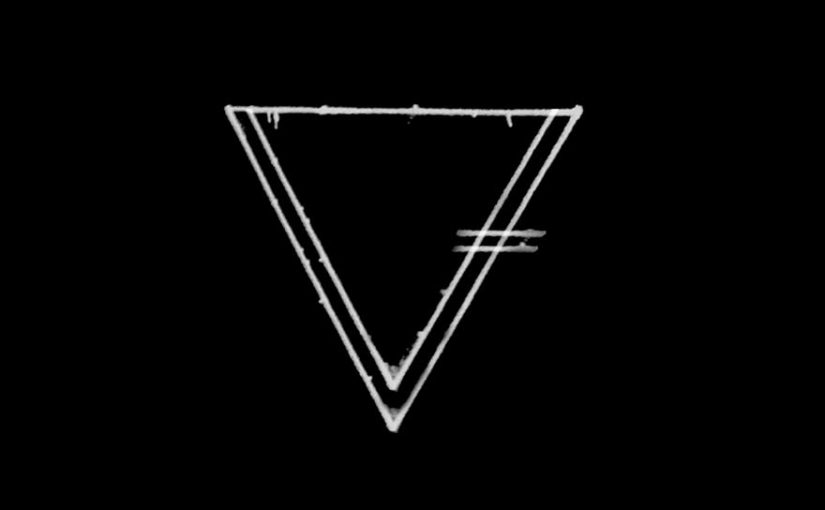 It will come as no surprise to anyone who has read any of my other posts that I loved puzzle books as child. I started with the Usbourne puzzle adventure series – cartoon books with clues on each page either in the pictures or what was said. I think my favourite was “Escape from Blood Castle“, which I got as a Christmas present in 1985. It was a perfect mix of slightly creepy and logical deduction that really appealed to me and I loved having new books from this series as they were published.

I quickly moved on to more text based mysteries – particularly the Hawkeye Collins and Amy Adams sleuth series. These were typical kids solve the mystery books. Unlike the Usbourne puzzle solvers, each mystery was stand alone and the answers were in the back of the book in mirror writing. At that age I didn’t have a small pocket mirror so taught myself how to read backwards to check my answers1. After that, it was whatever puzzles I could get may hands on.

END_OF_DOCUMENT_TOKEN_TO_BE_REPLACED

We discussed the current state of AI and whether we needed legislation.  It is clear that legislation will come if we do not self-police how we are using these new tools.  In the wake of the Cambridge Analytica story breaking, I expect that there will be more of a focus on data privacy laws accelerated, but this may bleed into artificial intelligent applications using such data. END_OF_DOCUMENT_TOKEN_TO_BE_REPLACED

I get very tired of the clickbaity journalism hyping up minor advances in AI, making news stories out of nothing or even the ones for those in the industry. You know the type: “Facebook AI had to be shut down”, “Google creates self learning AI”.

I demystify a lot of these when I’m asked about them – technology should be accessible and understandable and I deplore the tendency of those seeking to get article hits by over-egging with misleading headlines. What amused me over the weekend was that an AI not beating a human was a news story where the AI was “trounced”. END_OF_DOCUMENT_TOKEN_TO_BE_REPLACED

Throughout my academic career one thing that was repeatedly enforced was that if you were claiming something to be true in a paper, you needed to show results to prove it or cite a credible source that had those results.  It took a lot of effort in those pre-Google Scholar and pre-Arxiv days1.  Reading the journals, being aware of retractions and clarifications and building the evidence to support your own work took time2.  Writing up my thesis was painful solely because of finding the right references for things that were “known”.  I had several excellent reviewers who sent me back copies of my thesis with “citation needed” where I’d stated things as facts without a reference.  My tutor at Oxford was very clear on this: without a citation, it’s your opinion not a fact. END_OF_DOCUMENT_TOKEN_TO_BE_REPLACED

As we enter 2017, most people will start to think about resolutions – “new year, new me”.  The main resolution seems to be to get healthier: drink less, more exercise, eat better.  Year after year the resolutions will mainly peter out, leaving us all the ability to reuse the same ones next year.  What I’ve seen over 20161 is a worldwide lack of critical thinking.  Social media posts are the main sources of the problem, but recently news outlets have fallen foul of this too.  It worries me that all it seems to take is an image and some text and then something becomes “true”.  What’s really irritating is this has all been made acceptable by saying we live in a post-truth era, without anyone really trying to do anything about it. END_OF_DOCUMENT_TOKEN_TO_BE_REPLACED

“Pics or it didn’t happen” – it’s a common request when telling a tale that might be considered exaggerated.  Usually, supplying a picture or video of the event is enough to convince your audience that you’re telling the truth.  However, we’ve been living in an age of Photoshop for a while and it has (or really should!!!) become habit to check Snopes and other sites before believing even simple images1 – they even have a tag for debunked images due to photoshopping. END_OF_DOCUMENT_TOKEN_TO_BE_REPLACED

Last year I wrote a post on whether machines could ever think1.  Recently, in addition to all the general chatbot competitions, there has been a new type of test for deeper contextual understanding rather than the dumb and obvious meanings of words.  English2 has a rich variety of meanings of words with the primary as the most common and then secondary and tertiary meanings further down in the dictionary.  It’s probably been a while since you last sat down and read a dictionary, or even used an online one other than to find a synonym, antonym or check your spelling3 but as humans we rely mostly on our vocabulary and context that we’ve picked up from education and experience.

END_OF_DOCUMENT_TOKEN_TO_BE_REPLACED

The Turing test is like saying planes don’t fly unless they can fool birds into thinking they’re birds. (h/t Peter Norvig) #AI

Initially I thought “heh, fair point – we are defining that the only true intelligence is described by the properties humans exhibit”, and my in-built twitter filter1 ignored the inaccuracies of the analogy. I clicked on the tweet as I wanted to see what the responses were and whether there was a better metaphor that I could talk about. There wasn’t – the responses were mainly variants on the deficiencies of the analogy and equally problematic in their own right. While this didn’t descend into anything abusive2, I do feel that the essence of what was trying to be conveyed was lost and this will be a continual problem with twitter. One of the better responses3 did point out that cherry-picking a single feature was not the same as the Turing Test.  However, this did get me thinking based on my initial interpretation of the tweet.

In order to answer a big question we are simplifying it in one way.  Turing simplified “Can machines think?” to “can machines fool humans into thinking they are human?”.   END_OF_DOCUMENT_TOKEN_TO_BE_REPLACED

I’m four weeks in to my new role and one of the threads of work I have is looking into machine learning and how this has advanced since my own thesis.  The current approach to machine intelligence is via learning networks where the data is abstracted: rather than recognising specifics about the problem, the algorithm learns the common elements of the problem and solution to match an input to the expected output, without needing an exact match.  Our brains are very good at this: from a very early age we can recognise familiar faces from unfamiliar ones and quickly this progresses to identification in bad light, different angles, when the face is obscured.  Getting machines to do the same has been notoriously difficult. END_OF_DOCUMENT_TOKEN_TO_BE_REPLACED

In my last post I talked a little about logic as it applies to generic statements.  Now it’s time to think about more mathematics proofs and different techniques.  As part of MS221 there are two proof types that we need to consider: proof by exhaustion and proof by induction.  This all lays the foundations for building more and more complex mathematical statements so it’s important to get the basics right.

Firstly, proof by exhaustion.  This simply means that we try every possible valid input and check that the result is true.  A single false result would disprove our proposition.  So let’s consider an example:  END_OF_DOCUMENT_TOKEN_TO_BE_REPLACED