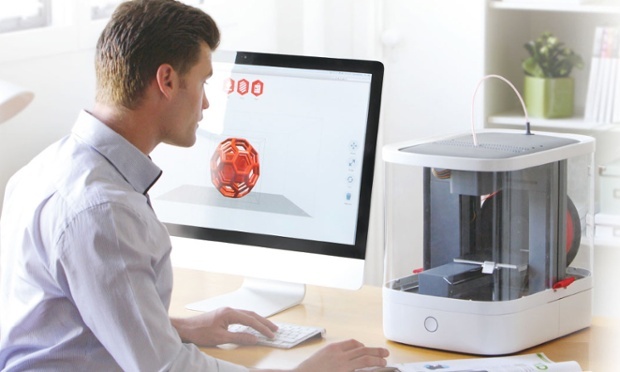 So why am I of all people doing something illogical?

I love the look of the final printer and it’s a good spec for the price.

I really like putting things together.  I’ve had my own soldering iron since I was 9 and love constructing.  By building a 3D printer from scratch I’ll get an understanding of how it works far better than just buying one and I’ll really enjoy putting it together.

Why not a more traditional kit?  Well, I like the appeal of timed building.  I work full time in a tech startup, am doing a degree and am also parent to a very active and sleep averse toddler.  I don’t get huge amounts of free time.  It’s nice to have a limited number of parts to work with and then have to take a break as I can easily get absorbed in what I’m doing.  This way I can ration the fun for myself :).  I also like the extras that come with the magazine: the software to make your own designs, the pre-made design files and general news and history.  Reading the magazine doesn’t take very long and, while I know all the same software, files and news is available online, I would never deliberately search for this information.

So I’m going to get a lot of fun out of this: building it, learning the software, making my own designs and printing things, as a result the price and timescale are quite low on my priority list..  I’m also hoping that it will be a  good starter printer for my daughter who will be nearly 5 by the time I’ve finished it and who I hope will be excited by the technology she will grow up surrounded by.  The Vector 3D printer doesn’t require any soldering  so I could potentially take it apart for her to build herself when she’s ready.

We had the following conversation a few weeks ago:

(frowning) Can I put sprinkles on them?

I guess she’s not ready just yet 🙂